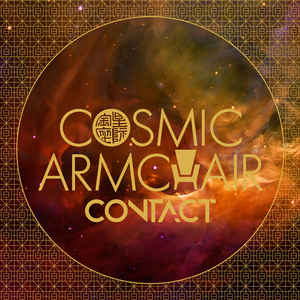 Background/Info: Hailing from Singapore, Cosmic Armchair definitely is one of the most surprising bands from the Alfa Matrix roster. The band seems to be ‘hot’ and ‘successful’ in Asia while they’re rather unknown over the rest of the world. After several EP’s it’s now time to welcome the debut full length of Cosmic Armchair.

Content: The pop style of this band sounds pretty sweet while driven by the fragile vocals of their front woman. The songs mix typical elements of electro-pop with a rather solid dance part. Some passages are quite trance-minded, which only accentuates the danceable aspect of the work.

+ + + : It’s fantastic to discover electro-pop music from Singapore. Alfa Matrix clearly opens a window upon new electronic horizons. I can’t say that the sound is different from what we’re used to hearing in Europe –and probably other parts of the world. It simply remains electro-pop moving on the edge of dance music. I’m more into ‘harder’ dance cuts creating a sexy match with the female vocals. There also is a cool atmospheric part hanging over the songs. The tracks “Higher” and “Not You” both are cool and recommended dance pieces.

– – – : Cosmic Armchair might be one of the biggest challenges from the Alfa Matrix roster. The band is not that ‘underground’, but rather sounds like a commercial and/or dance production. Some passages are even pretty teenager-music like and I especially refer to “Just One Look (Club Mix)”.

Conclusion: I’m really wondering about the impact of this formation and their debut album at the European scene. It’s a cool production, but it rather sounds like an album for a different scene. Speaking for myself, I haven’t been convinced.