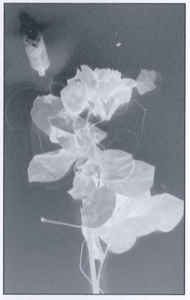 Background/Info: Adrian Marcado is the man hidden behind Cordis Cinti Serpente. This Italian artist has already been active for numerous years and clearly belongs to underground music. “Cenobitorium” has been released on cassette format as a very limited edition of 23 numbered and signed copies.

Content: “Cenobitorium” clearly sounds like an extreme sonic collage mixing experimental elements and field recordings together with obscure, ambient sound atmospheres. The work features 3 cuts, which are constantly moving from one influence into the other. From grunting pigs to buzzing sound waves to a final, more soundscape like track, this production is ultra diversified.

+ + + : This album feels a bit like a journey through a sonic tunnel of sonic manipulation and noises. The sound is hard to define, but clearly resulted from a wider range of influences. The way it all has been assembled is a bit atypical, but clearly reminding early pioneers in experimental- and industrial music. I like this approach.

– – – : “Cenobitorium” is not exactly the kind of release that would be accessible for a wider audience. It’s an extreme release for experts in this kind of music.

Conclusion: Cordis Cincti Serpente has accomplished a rather eclectic experimental production, which might appeal for lovers of industrial- and ambient music, but it first of all remains truly underground like.