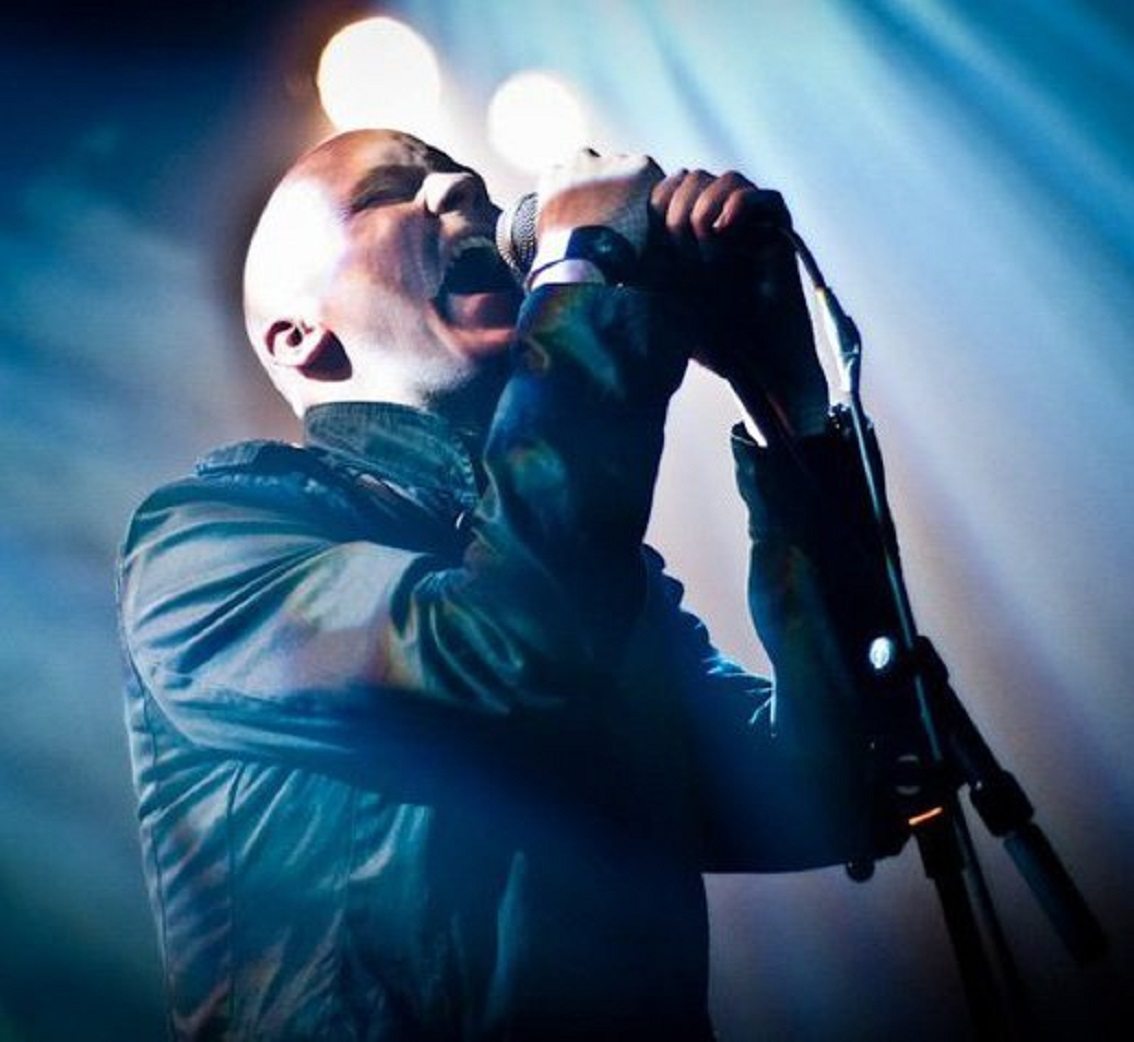 Mildreda is a Belgian project set up during the 90s by Jan Dewulf. Jan became a renowned and established artist under the Diskonnekted moniker while his early project remained rather unknown. Mildreda got reactivated for a one-shot concert in 2009. Because of the enthusiast reactions Jan Dewulf (assisted on stage by his girl-friend Gwenny Cooman).started writing a new songs, but once again less happened. The ‘newest’, previously unreleased songs together with the early demo tracks and a few live cuts, have been now released via the digital album “Coward Philosophy” on Alfa Matrix. This album reveals the industrial & epic side of Jan Dewulf.

Q: Mildreda was your first project, right? What did you keep in mind from your early years as musician and how did you get in touch with dark-electronic and electro-industrial music?

Jan: Mildreda was indeed my first musical project. I remember the urge to be creative and tell my own story. I even didn’t have my own keyboard when I made my first Mildreda tape. So I just borrowed the keyboard from a friend instead. I remember those first days as both exciting and frustrating. Exciting as it was the beginning of a great adventure. But also frustrating because I didn’t have decent studio gear to really make what I had in mind.

And how did I get in touch with dark electro music? After I discovered Nine Inch Nails and then later our very own A Split Second, I quickly discovered the dark electro music that was booming back then in Germany. Placebo Effect, yelworC, etc.: it was the musical language that I wanted to speak myself.

Q: What was the main reason to put Mildreda in stand-by and finally reactivate the project in 2009?

Jan: Now that I re-released the old demo tape “De Laffe Denker” from 1996, it’s funny to read that everybody is so excited by it. Because back then, the reactions from labels or promoters were rather low or even nonexistent. Frustrated by the absence of any label deal and the lack of studio gear, I decided to put things on hold and start a new adventure. That’s when I started Diskonnekted. Ten years later, it started as a fun one time only event in November 2009: Mildreda’s reunion gig on the birthday-party of DJ Chesko in the attic of “The Klinke” (Ostend). Dirk Ivens who was playing records that night, suggested to continue with Mildreda for real. As the reunion gig was a blast and the audience clearly wanted more, I got seduced by Dirk Ivens’ idea. The rest is history.

Q: You composed several new songs in 2009, which remained unreleased till your album “Coward Philosophy”. I noticed an interesting evolution in sound and writing on these songs. Tell us a bit more about it and the evolution from your early Mildreda period till the newest cuts?

Jan: First, let me clear out something. The new songs were recorded in the period between 2009 and 2016. It was an adventure that started in 2009 indeed, but it kept on living and evolving during the years that followed. It really was a continuation of where I left it back in the days. But it was a blessing to revisit my roots with decent studio gear. Somehow the Mildreda sound comes quite natural and spontaneous.

Q: “Coward Philosophy” is an interesting title, but what’s the real meaning behind?

Jan: It’s a free translation from “De Laffe Denker”, as the 1996 demo tape was called (and which is also included as bonus material). It’s about having and proclaiming wild and smart ideas, but doing nothing or doing the opposite instead. Wearing a ‘Green Peace’ T-shirt for example, but leaving garbage in the park. Posting a video about animal torture on Facebook, but eating a fat hamburger an hour later. But don’t worry, I am sure we’re all coward philosophers now and then.

Q: How did you finally get the idea to release the album “Coward Philosophy” and do we have to see it as a new departure or just a way to put an end behind this band?

Jan: History repeated itself as no label bothered to send me feedback on the demos I sent them. Although I’m pretty sure it sounded exciting. So I said ‘fuck it’ and wanted to release all the unreleased material digitally. Seba Dolimont (Alfa Matrix) was so kind to help me with that. And that was pretty much how it went. The idea was to put things on hold after that. But the reactions are so overwhelming, that I might just make some new material after all.

Q: What are your further plans generally speaking?

Jan: I am busy with a lot of things in the studio. I want my next release to sound great so I am experimenting with different styles and I am trying to optimize my studio skills. At this point, I don’t know what that next release is going to be as I am still in an experimental phase. I am sure it’s important to recharge the batteries now and then and that’s exactly what I am doing right now.

I also hope to produce some other bands in the near future. Working on other people’s stuff is a cool and stimulating experience.