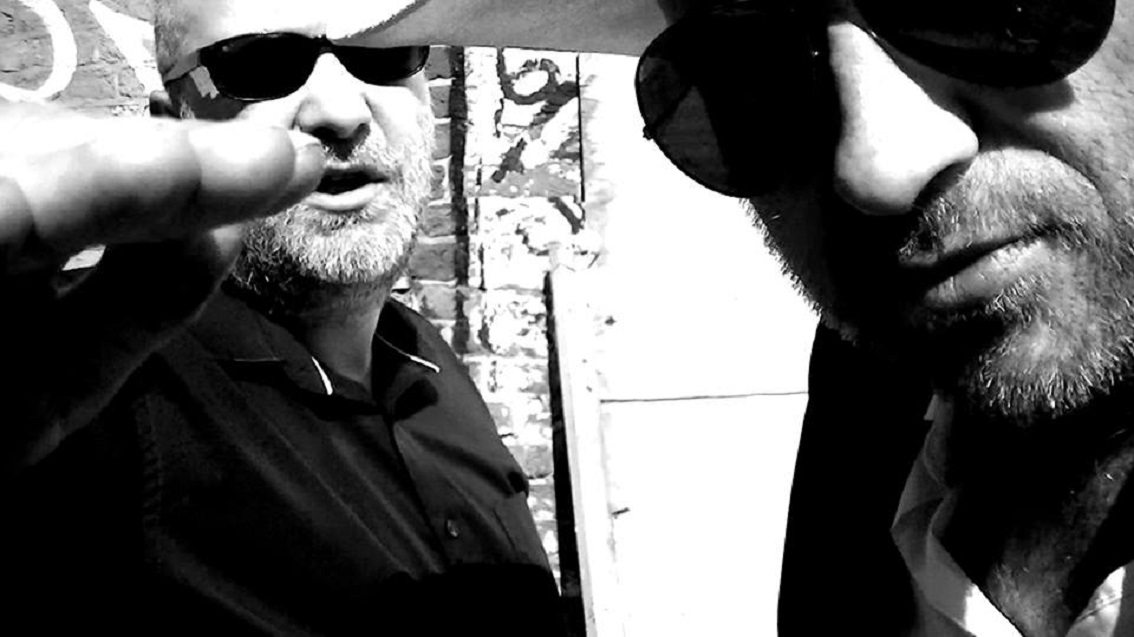 Set up in 1992 by Len Lemeire and Geert Machtelinck, Belgian Implant celebrated their 25th anniversary in 2017 releasing their 10th official studio album “Oxynoxe-X” on Alfa-Matrix. Geert Machtelinck left the band during the early millennium years and got replaced by Jan D’Hooghe (previously involved with Vive La Fête). The sound and influences of Implant remained pretty similar, always mixing different influences together. From EBM to techno to trance to electro-pop, the new work however appears to be an ode to pioneers of electronic music and is according to me one of the best Implant releases ever. Enough reasons for a chat with Len Lemeire.

Q: I noticed there’s a hiatus of four years between the past Implant albums. Len, you were definitely more prolific during the early  years so did you become a bit lazy or do you simply need more time and reflection after having released a new work?

Len: I think it’s a combination of things. Life has a way of interfering with the things you love. Over the past 4 years we bought a new house and totally innovated it. A lot has changed in my professional life, giving me way less time for music. The kids are getting older, and that is not making things simpler and I find it harder to come home and spend hours in a studio after a day of work. And I know that goes for Jan too.

One could say that music is a bit like sex in a long-term relationship. It’s still there; it’s most of the times even better then before. But there is no more sex on a daily basis (laugh).

All this also forces you to rethink things more. In a way we have become our own worst critics. Since we’re not releasing at the same tempo, we want these releases to be worth it. And that takes more time.

Q:  “Oxynoxe-X” is Implant’s 10th official studio album, which is a real milestone in an artist’s career. Does it get you nostalgic or simply inspired to move on? Are there albums you would have accomplished another way today?

Len: Never look back in regret. 10 albums becomes a legacy. I was forced to change my car (after an accident) and the new one only has USB. So I filled a USB stick with a lot of music including all releases of Implant. At one point I played all, in one long go (over several drives). A lot of that time the kids were in the car, and discovered a big part of my releases (‘forced to listen to’ is a more accurate way of describing it). My son is 17 and very open minded in music. He was kind of impressed with the variety of things I did. I take that as a big compliment. Seems like Implant is accessible in a very alternative way (that were his words).

Would I have done things different? Sure, who wouldn’t? Music is a process of learning. It is the sum of your influences at that time. Struggling with your technological limitations and funds for instruments. That is how I see those 10 albums. One big process. And it was fun all the way.

And milestones. For me these are the people I met thanks to the music. Jan, Jean-Luc, Anne … etc. Those are the milestones for me. Sitting in a backstage with Claus Larsen and finding out he is a fan. Having Patrick Codenys come over to your studio to help you configure your new computer, while talking on how to make a baseline. But it’s also the friendship with people that started out being fans and ended up being friends. Those 10 albums enriched my life. And I have to thank music for that.

Q: “Oxynoxe-X” has been introduced as ‘a wink to one of the pioneers of electronica dance’. I think we all have understood who you’re referring about, but you also told me there’re more winks hidden behind the new work. What is it all about and why this ‘ode’?

Len: The concept of an ode came during the process of writing this album. Several times we asked ourselves, what made those classic ‘80’s albums so different?! And tried to take that legacy as part of composing a song. Resulting in some hidden winks to bands we both love. In the end, when we assembled an album out of the different studio sessions we both understood that this album reflected part of our love to electronic music.

This scene has changed dramatically over the years. Let’s face it, the cool kids are no longer attracted to this music. There is no real reason left to make this except for the love of this kind of music. This album is more of an album that will grow on you (or at least that is what we hope). Give it time to ripe. It became a passion thing. And I hope we figured a way to capture that feeling and share it.

And it’s a fun game too; you can try and find references some are obvious, others are more hidden. But admit, the lead on “Le Pouvoir” made you think of A Split Second.

Q: It might also explain the more experimental bonus disc, which sounds as Implant exploring the magic of analogue equipment, but it also became the most atypical Implant work ever. What can you reveal about the bonus disc “Oxynoxe-X²”?

Len: We are a bit fed up with releasing bonus disks filled with remixes. It’s a very simple way to release that little extra to have fans pay that little more for something they don’t really want. And it has become something nobody even questions. And as an artist it’s kind of a trap. You need 10 remixers, who will eventually ask for a remix for their own release. So you might as well write it yourself. On top I have to admit, I almost never play any of these 2nd disk more then once.

Jan introduced me to the modular world. I was very reluctant in the beginning. Because this is a total different way of composing. The creation of sound with modular systems are endless. But there is a lot of room for error. Actually this modular world is all about sweet spots. If you find a sweet spot, things become real interesting. On disc one we tried a lot of stuff that resulted in very strange sounds and structures, but it was all a prolonging of the way we always composed. The difference was that we didn’t have to run through the sounds of synth for a new sound, but had to create the sounds themselves. We quickly understood that you could create sounds that had a life of their own. Adding layers of randomness. Resulting in very experimental stuff.

At that point the concept of this album being an ode to electronic music was a fact, and we realized that we didn’t ‘yet’ express our love to some of the real experimental music that was part of our youth. Bands like Coil, Throbbing Gristle, Klaus Schulze… ao.

A combination of these ideas led to composing disc 2. And I still think it’s way more interesting then yet another disc full of remixes. It was very time-consuming compared to sending out 10 mails to remixers. I hope people at least appreciate the idea.

Q: I like the sense of the title “I Sometimes Dream Of Imaginary Parties To Meat New People” featured at “Oxynoxe-X²”. What kind of parties and music do you have in mind and who are you dreaming of to meet?

Len: Haha, those titles are meant to be strange. But it has to be a party with long bearded woman and high-heeled men (laugh).

Q: “Oxynoxe-X” in a way clearly got inspired by a look back in the past, but what’s your perception about contemporary electronic music and all aspects related to a band, but maybe not relevant for artists such as social media, streaming platforms, image etc?

Len: It sure has changed a lot over the years. Net-presence seems to be more important then the actual music. Social media is a trap of likes. A study has proven that you judge people ‘more successful’ if they are your Facebook friends, but don’t really know them in real life. It’s fake! We only share what we think will look good on us. I think it has some good sides. Some bands are very creative with trying to get a Youtube presence. DIY clips are sometimes incredibly interesting. But far to often it’s not. And frankly, I hate people who mainly post with 15 hashtags in every sentence or every 2 words an emoji. Maybe I just have to admit I’m bad at this social media. I think it moved far away from the essence of making music.

Streaming platforms is something different. I do see the beauty of the availability of music. It’s an interesting platform to discover music. But as a service, it enhances the idea of music being a free commodity to people. And the business plan is mainly focused on maintaining the service, not the content. (the majority of the money is for an IT-center that makes it possible to actually stream music, only a small part is reserved for those that deliver content). I hear a lot of people comparing it to Netflix, but what people forget is that Netflix is also responsible for creating content. Comparing streaming to Netflix could result in a far more interesting experiment. Where streaming services had to sign artists to get content. I think music has lost a lot of filters these days. Everybody can upload a track and get some streams. I know, one might argue that the public is the ultimate democratic filter. Unfortunately democracy only works if everybody is capable of critical thinking.

But hey, just press ‘like’ on this interview, maybe press ‘play’ on my video or even press ‘like’ on Implant’s Facebook page. But most importantly keep scrolling; you never know what you might miss!