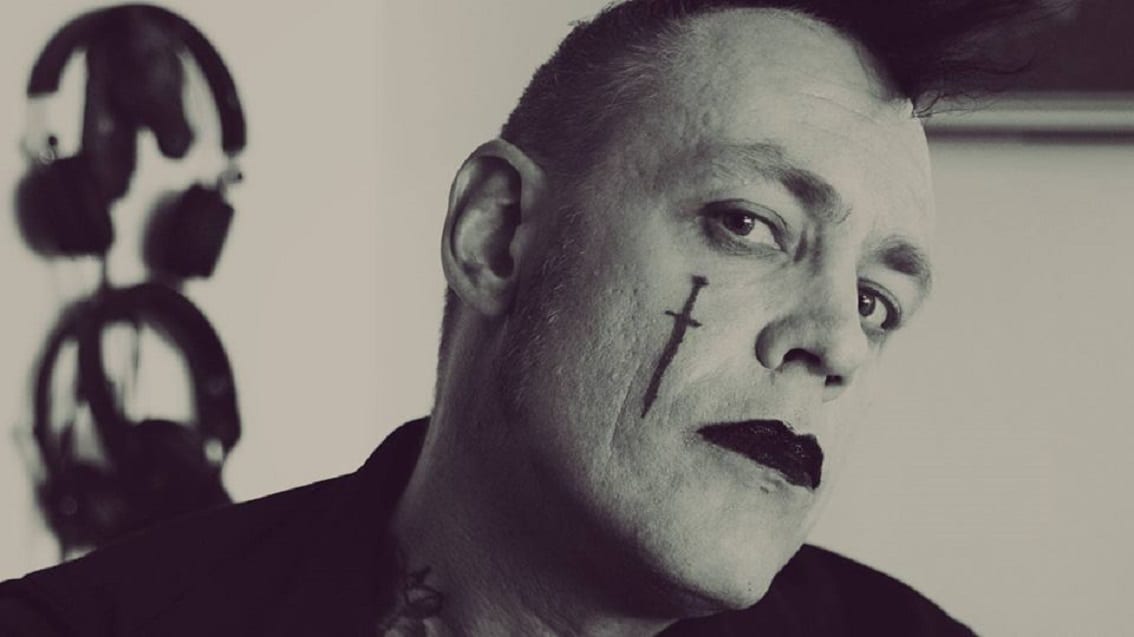 Five years after the last album, Swedish electro-veteran Henric De La Cour, unleashed the third full length of his sonic brainchild. “Gimme Daggers” has been again released on Progress Productions and it is without a shadow of doubt the most intimate and accomplished work to date. The album is a passionate electro/indie-pop driven opus inspired by the long suffering from the artist.

Q: The new album “Gimme Daggers” seems to get only very positive feedback. Is this your most accomplished- and favorite work to date and what do flattering critics and the enthusiasm of the fans mean for an artist?

Henric: This album was kind of difficult to do after “Mandrills” which I thought was a very strong album, up there with “Hollywood And Wolfman” by Strip Music, so it took years for me to write something that I didn´t thought was absolute rubbish, but it came out great in the end.

The critics mean quite a bit I would say. It is always nice when people like something that you have worked on for five years, you know.

Q: “Gimme Daggers” sounds as your most accomplished and still intimate release. What did you try to express and how did you transpose lyrical themes into sounds, notes, verses, choruses?

Henric: The album reflects upon my relationship with death, that death is no longer my close confidant who’s constantly looking over my shoulder as I have felt for almost all my life, but instead just somebody you were close with before, but not anymore, and that you know you will meet further down the road.

Most of the music was made together with producer Rikard Lindh and he always knows what I am looking for in sounds and the feel of the music. We have worked together for more than 25 years. I´m so old.

Q: Music often is a kind of ‘therapy’ for artists; a way to exorcize suffer and pain. Considering elements such as the front cover, the title of the album, some of the lyrics, but also your passionate way of singing “Gimme Daggers” clearly seems to be a kind of sonic exorcism. What can you tell about it?

Henric: Writing lyrics and making music has never been that kind of therapy for me you can hear others talk about. The title means that somebody is giving you the evil eye or a saying for ‘I´ll take it from here, I´ll take care of this’, like ‘give me the daggers’. It´s from Macbeth apparently. The body of music was a long time coming and it was just in the last 6 months of recording I got the feeling that everything was coming together. It´s more about coming at terms with my self-hate than an exorcism. But maybe that is some kind of exorcism after all?

Q: Let’s talk about the sound of this album. What kind of work did you’d in mind when starting the writing and did you have specific sources of inspiration and/or eventually references?

Henric: No not really. The album had a way of finding its own way, so to speak. Took a life of its own. We always try to keep it simple, not using layer after layer of sounds. That always is the initial thought anyway.  I can see that this answer is kind of pretentious, but it is what it is. And that stands for the album to.

Q: Referring to possible sources of inspiration, I got the sensation hearing an electronic version of David Bowie and Nick Cave. It’s all about ‘authenticity’ and ‘sensibility’. I know this is a subjective feeling, but in, which way do you feel related with both (and maybe other) artists?

Henric: Oh thank you. Well I´m not pretending to be something I´m not, it is not a pose for me, it´s my life with all its faults and horrors. I really love them both, especially Cave, but I could never compare myself to them in any way. They are above and will remain above. Always.

One interesting thing is that both Cave and Bowie have their roots in r´n´b, which sometimes manifests themselves in their music. I hate r´n´b.

Q: You’re a kind of ‘veteran’ who has been involved with different bands and projects. How do you see yourself as an artist today and do you have further artistic plans?

Henric: I stand firm on my own nowadays, with the huge support of Rikard of course. With that said, I don´t see it impossible that I get back with the guys from my former bands Yvonne and Strip Music. Something will for certain happen, it´s more a question of timing. I am also involved with my wife´s project called Memoria where I write the lyrics and stuff. Maybe we will do something more together like a duo sometimes, but who knows. Concerning myself I will not take another five years to put something new out there, we are already have some ideas for an EP in the near future. If I survive this album that is.