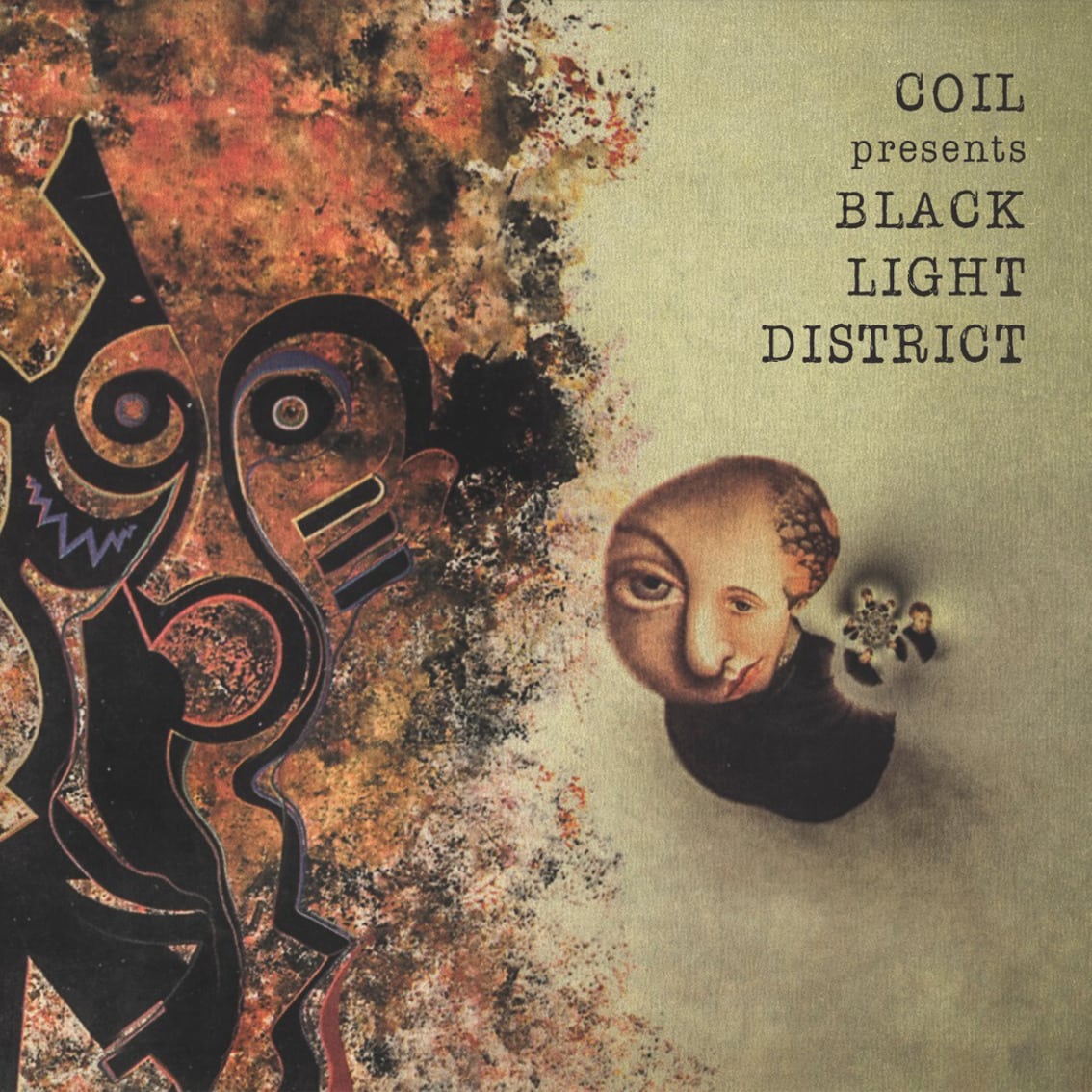 In 1996 the album “A Thousand Lights In A Darkened Room” was released by the band Black Light District which was basically a production by Coil. The alias was one of a few assumed by them in the mid-nineties for putting out drone based music (and also a name of a song by Boyd Rice on the compilation cassette “Bethel”).

This album now gets released as being a Coil release with the title “Black Light District” and with an unreleased bonus-track. The team who worked on the material consisted of John Balance, Peter Christopherson, Drew McDowall and Danny Hyde.

The material on this reissue was remastered by Martin Bowes (Attrition) with the bonus track being taken from the “Black Light District” recording session. Also added are Danny Hyde’s comments in the booklet.

Since you’re here … … we have a small favour to ask. More people are reading Side-Line Magazine than ever but advertising revenues across the media are falling fast. And unlike many news organisations, we haven’t put up a paywall – we want to keep our journalism as open as we can. So you can see why we need to ask for your help. Side-Line’s independent journalism takes a lot of time, money and hard work to produce. But we do it because we want to push the artists we like and who are equally fighting to survive. If everyone who reads our reporting, who likes it, helps fund it, our future would be much more secure. For as little as 5 US$, you can support Side-Line Magazine – and it only takes a minute. Thank you. The donations are safely powered by Paypal.
Tags: Black Light District, Danny Hyde, Drew McDowall, John Balance, Peter Christopherson