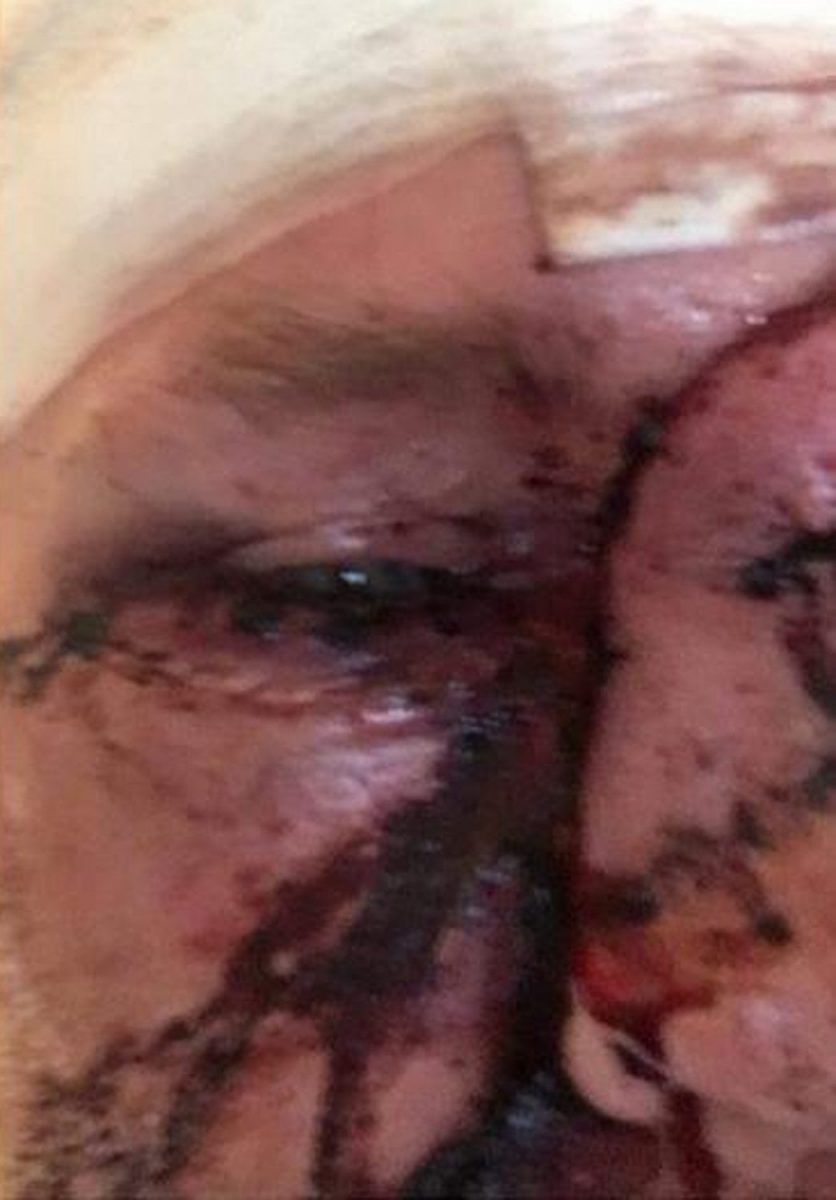 Skinny Puppy member cEvin Key took to Facebook to post an update after undergoing a 6 hour reconstructive plastic surgery in order to reconstruct nose and face damage after a cancer cell was removed. The picture is quite graphic, but fans worldwide started to send him get well messages soon after posting it.

Here’s the clinical update Key gave from his sickbed in Los Angeles: “So to explain. I had a basel cell cancer on the side of my nose, somehow it spread down my face to my lip and up to my eye. Internally they had to remove it all in a 4 hour surgery. Then I went to a 6 hour reconstructive plastic surgery which has reconstructed my nose and face damage. It should look better than before I started because I did have a large scar on my nose from a previous basel cell surgery 15 years ago. I was promised that it has all been removed now. great stage look tho dont you think? So this should be a sign to wear your sunscreen.”

A funny thing happened too, as it became clear that the medical team had been listening to Skinny Puppy music whilst doing the operation. Key: “So funny, at one point in the cancer surgery you have to be awake for that. I heard “Assimilate” and then “Tormentor”. I was like ‘WTF’. Especially the lyrics to Tormentor… “cutters face ripped apart !” I asked them if I was halucinating and they were like ‘no, we really wanted to hear your music’!”