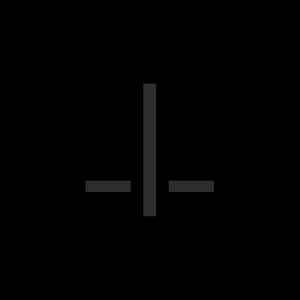 Background/Info: ][|][ aka L’Idiot Du Village is one of the most enigmatic band names from the scene. “-|-“ is the synthesis of various “live” recordings primarily played on organ or on harmonium between 2005 and 2011. These sessions were then assembled and pre-mixed with various sound sources then denatured with some digital filters.

Content: Morgan Landuré deals with pure dungeon- or ghost music. He created a dark-ambient universe, which is progressively haunted by obscure, emerging sound waves, which are literally growing until a sonic climax of heavy blasts is reached. The compositions are like a spider web, which has been patiently built to imprison poor and innocent victims. The main difference with a real spider web is that this sonic haunting universe has a bewitching and deadly, seducing power.

The tracks create a real compact sound entity, which in the end is also mixing known classical music passages together with the dark sphere of the work.

+ + + : If you think that you’ve already heard the darkest creation ever, ][|][ will really take you by surprise. This is a really tormenting experience in dark soundtrack-orientated music. It also is my personal favorite production of this artist.

– – – : You better avoid listening “-|-” when feeling depressed or lonely. This is not exactly the kind of record that will make you feel happy. I think it’s a pity the album is limited to only 100 copies.

Conclusion: ][|][ sounds a bit like a ghost. Not only the band name remains cryptic, but the sound properly speaking feels like a sonic labyrinth without an exit… and I like it!