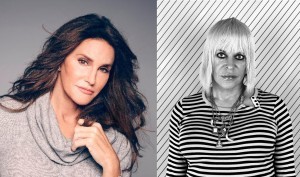 In an hour-long podcast with Against Me! frontwoman Laura Jane Grace, former Psychic TV and Throbbing Gristle member Genesis Breyer P-Orridge has said that Caitlyn Jenner should be wary of referring to herself as a spokesperson for the transgender community. According to Genesis Breyer P-Orridge, Caitlyn Jenner has got very little in common with trans people of colour and lower-income situations.

Genesis Breyer P-Orridge: “Apparently Caitlyn is already saying things like, ‘It’s so difficult being a woman and having to decide which designer gown to wear when you go out at night…’ That’s not being a woman, that’s being a glamorous Hollywood figure and that’s not how it is for most people. There are lots of teenage kids on the streets of New York who are hustling and risking AIDS because they need to get money to transition, and they’re prepared to risk their lives because it’s such a deep need, and they don’t have that back-up system. (…) She doesn’t understand what it’s like for the ladyboys in Bangkok, or the transsexuals in Japan or people in Russia. She doesn’t know! Stop being a spokesperson.”

For the record, Genesis P-Orridge considers her person to be pandrogyne.

You can listen to the entire podcast below:

For those who don’t have a clue who Caitlyn Jenner is, she was formerly known as Bruce Jenner, a retired American athlete known for winning the men’s decathlon at the 1976 Summer Olympics. Since 2007 she has been appearing on E!’s reality television program “Keeping Up with the Kardashians” and is currently starring in her own reality show “I Am Cait”, which focuses on her gender transition.