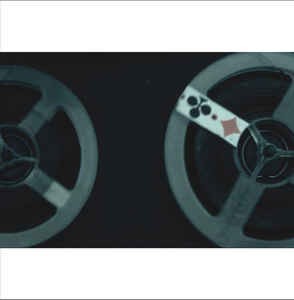 Background/Info: Sebastian Banaszczyk is back on track unleashing his 4th studio album, which is based on a new and fascinating concept. The title “Stary Pisarz” is the Polish translation for “The Old Writer”. The album was composed for a multimedia performance Bionulor made together with a group of video artists celebrating the 100th anniversary of William S. Burroughs birth. This album is the composition of Bionulor for this event.

Content: The sound is again strongly inspired by soundtrack music revealing a mixture between experimental sonic collages and mystic passages driven by Eastern atmospheres. A few industrial and definitely primitive-like percussion parts have been added on most of the tracks. It all sounds intentional this way injecting a rough and unpolished touch to the work.

There’s a kind of sound chemistry between the songs. Sebastian Banaszczyk appears to be a talented and especially passionate sound transformer.

+ + + : “Stary Pisarz” is once again a work with a strong visual appeal, where you can dream away on the mystical Eastern-like flute sounds.

– – – : The tracks are sometimes a bit too similar so a little bit more diversity would have been a real bonus.

Conclusion: Bionulor will please experimental lovers and avant-garde minded freaks in search of an ‘anti-commercial’ feeling. I however think this is the kind of sound, which is only a part of an entity resulting from the fusion between images and sound.