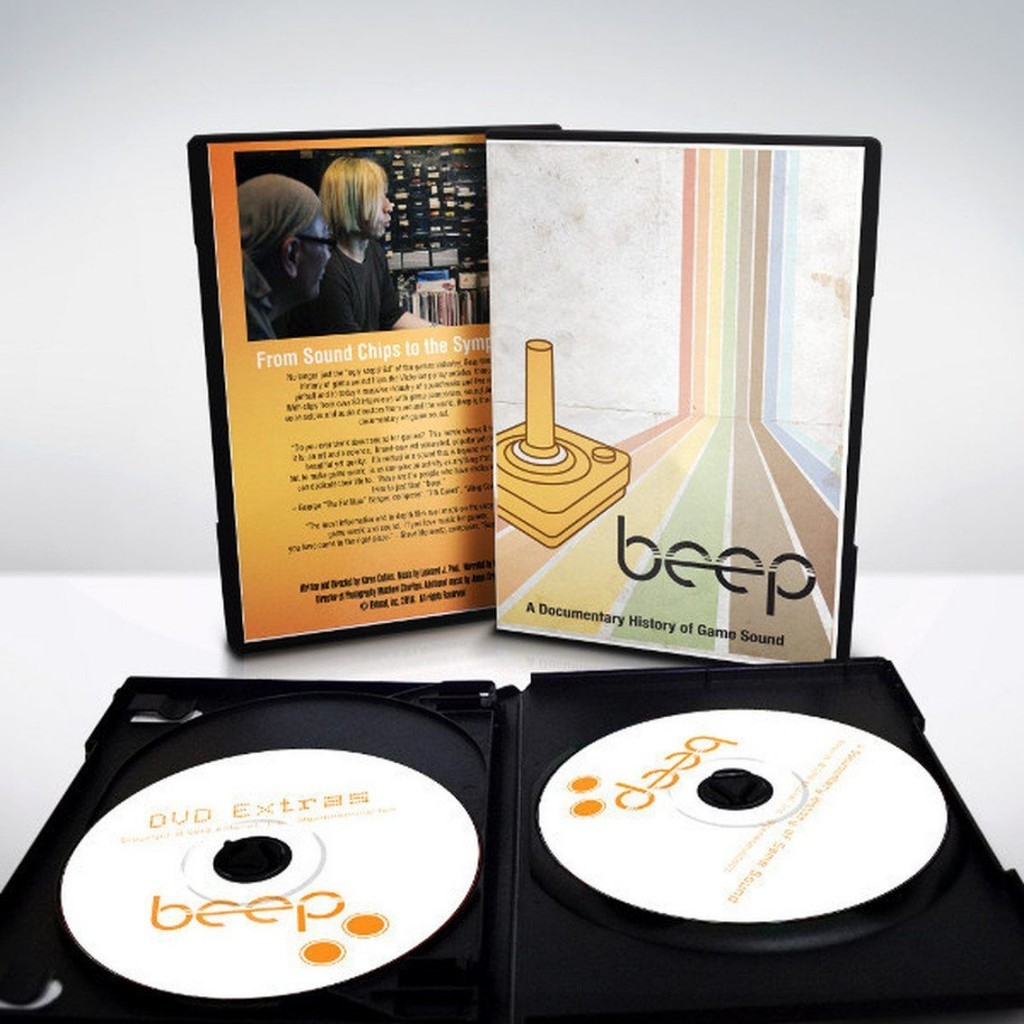 Here’s a special item which many will love. Out in a few months, but available in pre-order now, is the “Beep” documentary which traces the history of game sound from the Victorian penny arcades through pinball and to today’s massive industry of soundtracks and live music.

The documentary has clips from over 80 interviews with game composers, sound designers, voice actors and audio directors from around the world. It’s thus safe to say that “Beep” is the definitive documentary on game sound. Available on DVD and Blu-ray the set features a full, extended director’s cut of “Beep” (1 hr 52 minutes). The extra DVD/Blu-ray contains 3 specials, totalling nearly 1.5 hours, including “Beep: Big in Japan”, “How to get into game audio” and “Ryu Umemoto Tribute”.

You can order the 2DVD set here or the Blu-ray version right here. Recommended!

Here’s an idea of what you can expect.

Since you’re here … … we have a small favour to ask. More people are reading Side-Line Magazine than ever but advertising revenues across the media are falling fast. And unlike many news organisations, we haven’t put up a paywall – we want to keep our journalism as open as we can. So you can see why we need to ask for your help. Side-Line’s independent journalism takes a lot of time, money and hard work to produce. But we do it because we want to push the artists we like and who are equally fighting to survive. If everyone who reads our reporting, who likes it, helps fund it, our future would be much more secure. For as little as 5 US$, you can support Side-Line Magazine – and it only takes a minute. Thank you. The donations are safely powered by Paypal.
Tags: Beep, gaming industry