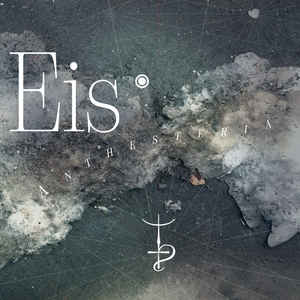 Background/Info: This album is a collaboration between 2 Russian labels. It’s the third release in the so-called “Znaki”-series ‘tracing the parallel life of Zhelezobeton and kultFRONT label residents’. Russian project Anthesteria (Georgiy Beloglazov) has already released several productions, but “Eis” is something apart. The tracks were originally composed in between 2003 and 2010 and released on different compilations and the artist’s web diary while the fans will also get a few unreleased cuts.

Content: The work is quite diversified and definitely covering different sources of inspiration. From somewhat minimal-electronics carried by a slow cadence towards pure dark and cinematographic passages, the work is mainly characterized by impressive studio effects.

You now will notice elements of folk and next wafting on pure ambient compositions. You’ll notice Russian spoken words and sampled passages. The music is now somewhat into baroque and next into total experimentalism. It now reminds me of Jean-Michel Jarre and then to an imaginary soundtrack.

+ + + : This album is a bit a kind of compilation and it also sounds this way. There’s an impressive diversity between all tracks although carried by a darker leading inspiration. It became something atypical and therefore original. I like the subtlety of the sound treatments and the great effects. The global atmosphere is the connection between all tracks.

– – – : I regret a few cuts aren’t longer and more elaborated and especially when they have a real potential. The diversity of “Eis” makes it sometimes a bit hard to grasp.

Conclusion: This work is a nice addition for the Anthesteria-lovers, but still an interesting discovery if you’re not that familiar with this formation.