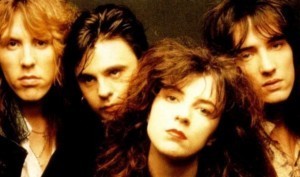 The first two classic All About Eve Albums will be released as double CDs on September 29th. Both “All About Eve” and “Scarlet And Other Stories” will hold 12″ singles, B-sides and extended mixes, the Wayne Hussey session from 1990, 2 previously unreleased acoustic BBC radio sessions plus a host of live recordings from Glastonbury and headline shows in 1989.

All About Eve were an English rock band powered by the Coventry-born Julianne Regan (vocals) and the Huddersfield-born Andy Cousin (bass guitar). Their biggest commercial success was “Martha’s Harbour” (1988).

Tags: All About Eve