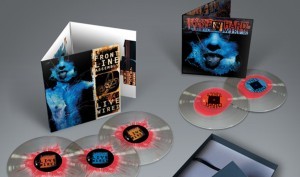 Artoffact Records informs us that the The Front Line Assembly “Hard wired 20th anniversary” 6LP boxset is almost sold out. The label has exactly 12 copies left which you can order right here. The boxset itself was limited to 300 copies worldwide.

On the 20th anniversary release of “Hard Wired”, Artoffact Records presents a fully authorized 6LP edition of “Hard Wired” on vinyl. The boxset itself contains the following:

All remastering was supervised by Greg Reely and Bill Leeb.