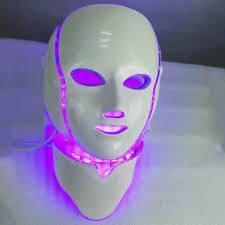 Content: I’m used to hearing an eclectic production when listening to Sect 37. The sound is hard to grasp but often resulting from different influences. It’s not that different with “Aural Oncology”, which is mixing electronic minimalism with ambient atmospheres and an industrial approach reminding some early formations in the genre. The main characteristic of the work however appears to be the vocals. John Frost is rather narrating instead of singing. The lyrics are pretty engaged as well. Both aspects together remind me a bit early industrialism à la Test Department.

+ + + : Sect 37 claims that this is their best work to date and for so far I’m familiar with their work I can certainly agree when it comes to the original aspect of the work. The sound remains a true mystery although a successful merge between numerous influences. Sect 37 has created their very own sound while the narrative format of the vocals inject something extra. The band reached a higher dimension with a sound that might catch the attention of a wider audience.

– – – : Even if I personally like this wider range of influences running through their work, it’s hard to label the sound of the band. That’s not necessarily a problem, but from a pure ‘commercial’ point of view it’s often easier belonging to an established music genre. The band members are now working on separate projects so we’ll have to wait to see this band striking back.

Conclusion: Sect 37 remains an atypical sonic experience, which on “Aural Oncology” are transforming images into music…

Best songs: “The Web”, “The Rise Of Homo Shopiens”, “Oubliette”.

Since you’re here … … we have a small favour to ask. More people are reading Side-Line Magazine than ever but advertising revenues across the media are falling fast. And unlike many news organisations, we haven’t put up a paywall – we want to keep our journalism as open as we can. So you can see why we need to ask for your help. Side-Line’s independent journalism takes a lot of time, money and hard work to produce. But we do it because we want to push the artists we like and who are equally fighting to survive. If everyone who reads our reporting, who likes it, helps fund it, our future would be much more secure. For as little as 5 US$, you can support Side-Line Magazine – and it only takes a minute. Thank you. The donations are safely powered by Paypal.
Tags: Sect 37