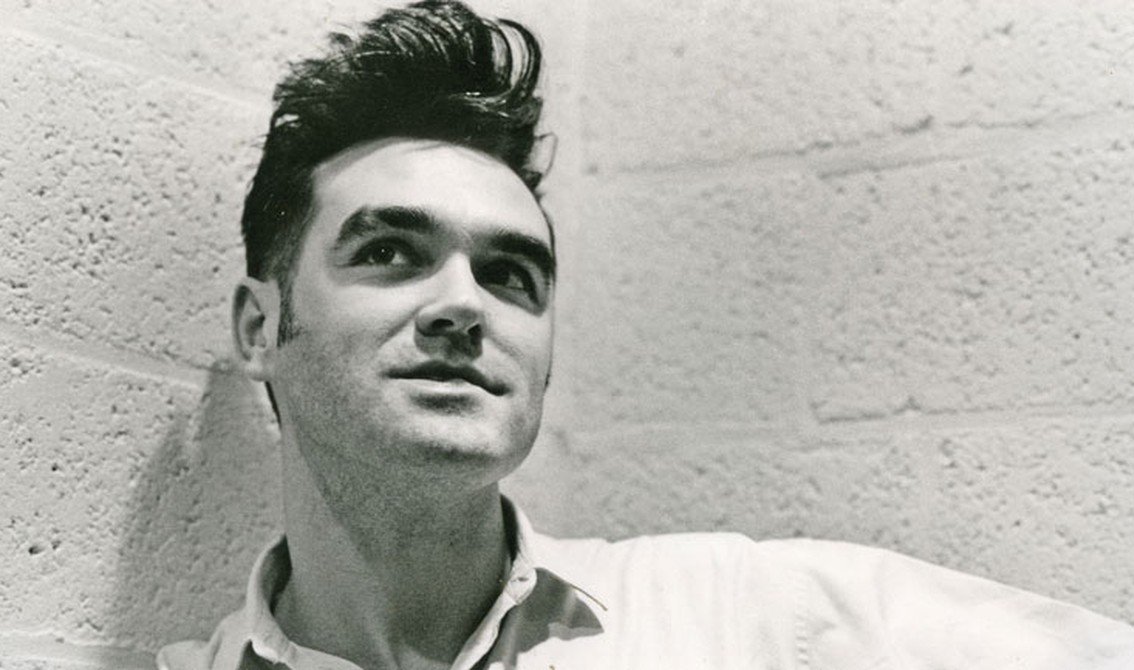 “This Charmless Man: How Morrissey’s Big Mouth Struck Again … And Again”, that’s the title of an Independent opinion piece by Nick Hasted, which wasn’t really well received by Morrissey to say the least. Not surprisingly as the article is describing the singer’s views as “ugly”.

A cheap attack indeed, but one which Morrissey didn’t appreciate as he went online to vent his disagreement in a blog post titled “Why The Independent hates independence”. In the blogpost Morrissey calls the article “an extreme Hate Piece” that is “so loaded with vile bile that it almost choked on its own endless capacity to be appalled”. 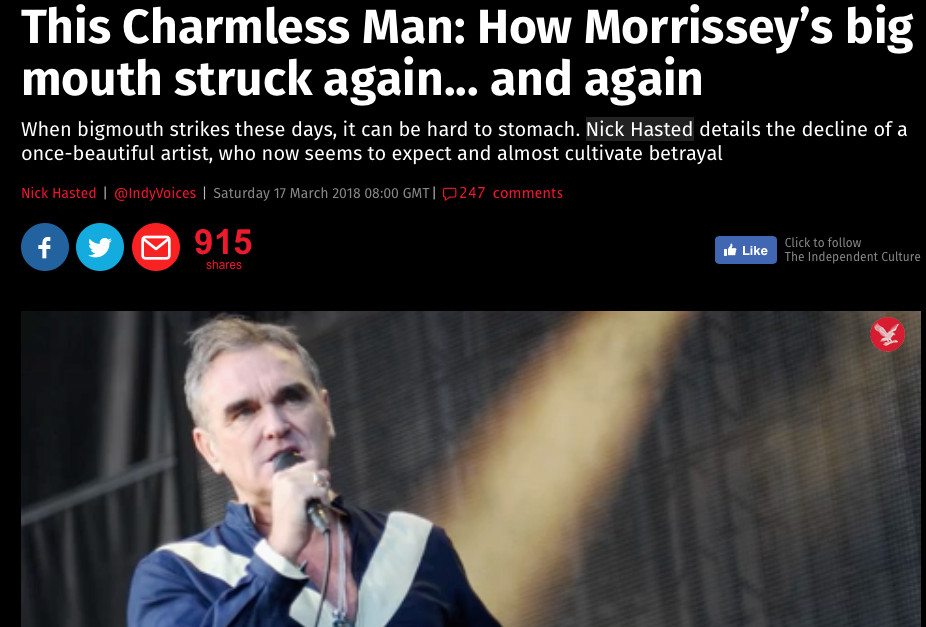 Morrissey is assuming that he has attracted The Independent‘s scorn for “saying some things that many people are actually thinking”. Morrissey also suggests a new slogan for the paper: ‘All The Shit That’s Fit To Print’ instead of ‘All the slogans fit to print’.

Responding to suggestions of him “loving Brexit”, Morrissey says: “I believe I have mentioned Brexit twice in my entire life, and neither comment expressed love. I had explained how Brexit had been a strike for democracy because of the disgust that the political elite had shown towards the people who did not vote the way that they were warned to by media bullies.”

And he adds: “I believe England can look after itself. It does not need the EU to police its laws, its thought, its borders or its liberty. It does not take a genius to arrive at this viewpoint.”

Everybody is a racist

And there’s more. Morrissey also writes that some of the media always come up with the racist tag when they have no more answers to give: “When the print media are lost for a reply, they simply change the subject by naming their opponent as ‘racist’, which is the perfect ploy because most people are naturally appalled to be called racist, and they step back in silence, and the debate collapses unresolved. Use of the word often only ever comes from people who themselves are intolerant. (…) British mainstream media is now so politically correct that basic truth is actually impossible, and although it is obsessed with promoting social diversity they will not accept diverse opinion.”

In more music related news, Morrissey has covered The Pretenders‘ “Back On The Chain”. The cover version will be released this summer.