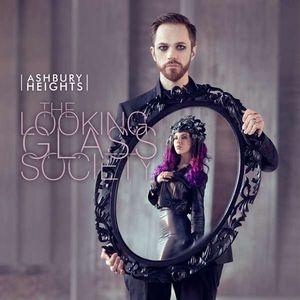 Sound-wise Ashbury Heights remain rather faithful to their well-crafted and efficient electro-pop sound. I always have loved this band for their great writing and production skills, which is an essential element that hasn’t changed. The work reflects maturity and the secret formula from ‘how to compose great pop music’.

I now and then can hear some passages reminding me of Depeche Mode, but it’s more in the details. Globally speaking this album is carried by an own electro-pop sound, which is mixing elements of dance-music, a few technoid arrangements and some irresistible vintage-like electronic ideas. Most of the tracks are excellent stuff for dancefloors. A last essential element, which even makes the magic of the band, consists of the vocal production featuring Tea Thimé who replaced Yasmine Uhlin.

There’s a perfect alternation and symbiosis between male and female vocals. They’re really complementary while adding a nice sexy touch (especially the half spoken passages) to the work. Both members are in perfect fusion with each other.

“The Looking Glass Society” was inspired by the work and fascination of the band for Lewis Caroll. It’s an interesting source of inspiration reflecting some magic universe although a song like “Ghost Spirit Mother” reveals a deeper and more intimate lyrical content. This song is a poignant testimony of a son who has lost his mother and an artistic expression of Anders to remember his mother who passed away.

But this album first of all is a nice collection of alluring songs. “Phantasmagoria” and “Left Off At Seven” both are potential hits while the work also reveals multiple cool songs. Ashbury Heights has this knowledge to create songs, which directly catch your attention for their efficient sound sculptures and exploding choruses.

Conclusion: Ashbury Heights strikes back with grace and probably with their most intimate and successful work to date.