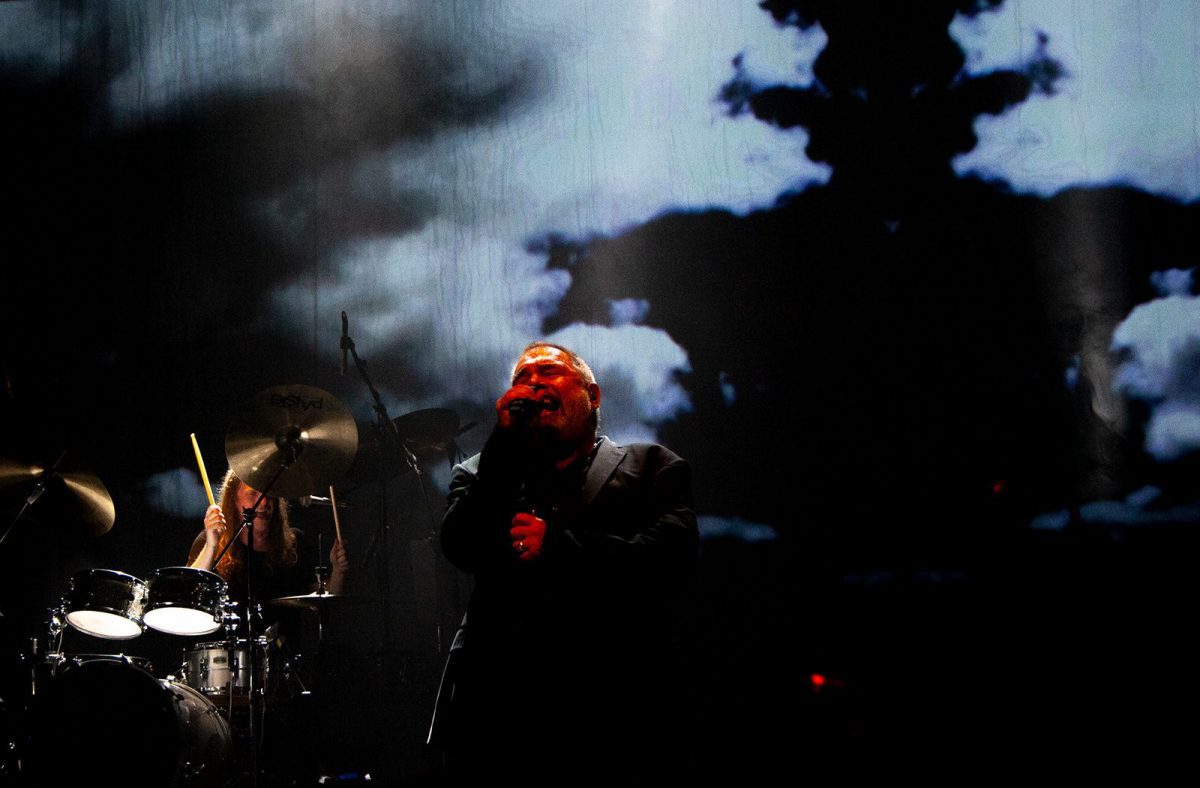 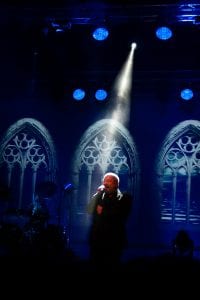 November 30th we were a gang of friends going to Sundvolden Hotel, 45 mins out of Oslo, spending the night at the hotel, having both a classic Norwegian xmas party (“julebord”) AND an Alphaville concert! As we were all teenagers at the time Alphaville started, we all had a connection to their first hits like ‘Big in Japan’, ‘Sounds like a melody’, ‘Summer in Berlin’, ‘A victory of love’ etc., and was really looking forward to seeing them live for the first time.

The concert started with Marian Gold (singer) jumping around, eager to get started, kicking off with ‘The jet set’. Early highlights were ‘Dance with me’ and of course ‘Big in Japan’, but personally I think they started getting better during ‘I die for you today’. After the ‘The flame’, ‘Summer in Berlin’ and ‘To Germany with love’, the song ‘Nevermore’ from their latest album (surprisingly to many that hadn’t heard it before) really kicked the whole ambience up a notch. From then on a hit parade stretch with ‘A victory of love’, ‘Sounds like a melody’ and ending the main set with all of the audience singing along on ‘Forever young’ – best moment of the show!
Extras were ‘The Rose’ and ‘Beyond the laughing sky’ before exiting the arena and start looking for the hotel suite for the interview. Arriving there I found the whole band and others were present, but my interview appointment was with Marian.

S-L: First of all; the gig tonight – how was it? Did you like playing here? 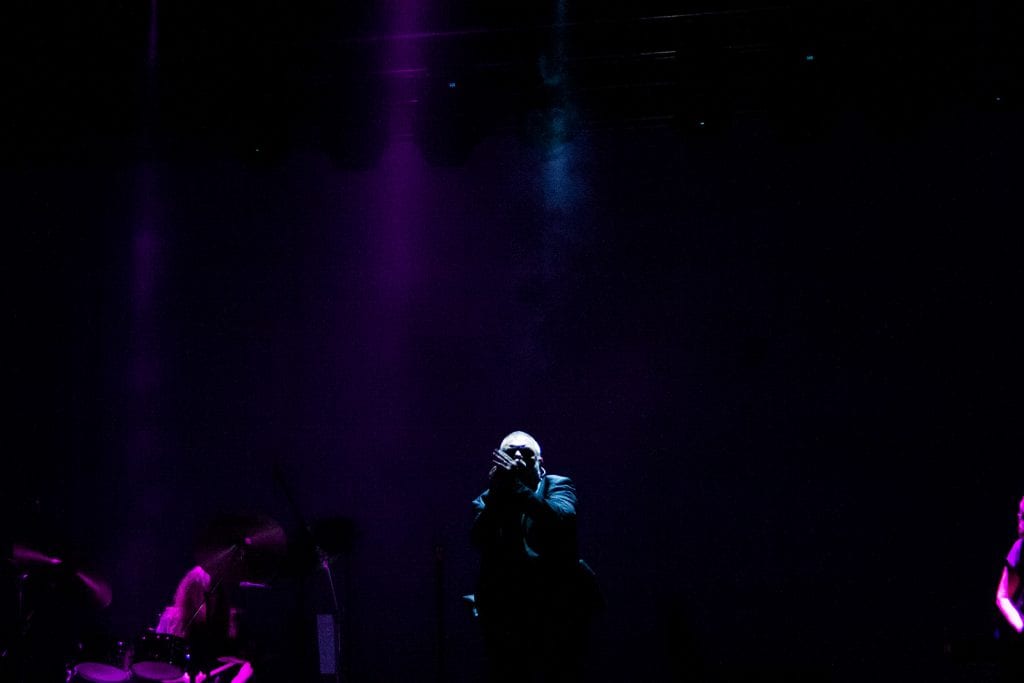 Marian Gold: Yeah, it was OK. Hotels gigs can be kind of mixed emotions, can’t be compared to a regular gig. People have paid for a xmas dinner party, maybe hotel, we’re part of that package for many of the guests, but we had a great time. And since we came straight from Moscow, so anything else is better than that! Moscow was a bit grey and depressing this time, and when we landed in Oslo it was all sunshine and snow!

S-L: You usually play clubs and concert arenas – and a xmas party at little Sundvolden?
MG: We’re been a touring band since 1995, playing 40-50 gigs every year, and our tour manager gets lots of offers from all over. It’s not that important where it is, as long as it fits our schedule we don’t need much other details. If we haven’t been there before, let’s go there! And this was a really nice place too.

S-L: Yep, it’s kind of winter wonderland here now, with the frozen trees and snow.
MG: It’s was really interesting as we came driving here on the highway, looking into the valley, having the clouds beyond with the light of the sunset – it was really beautiful! 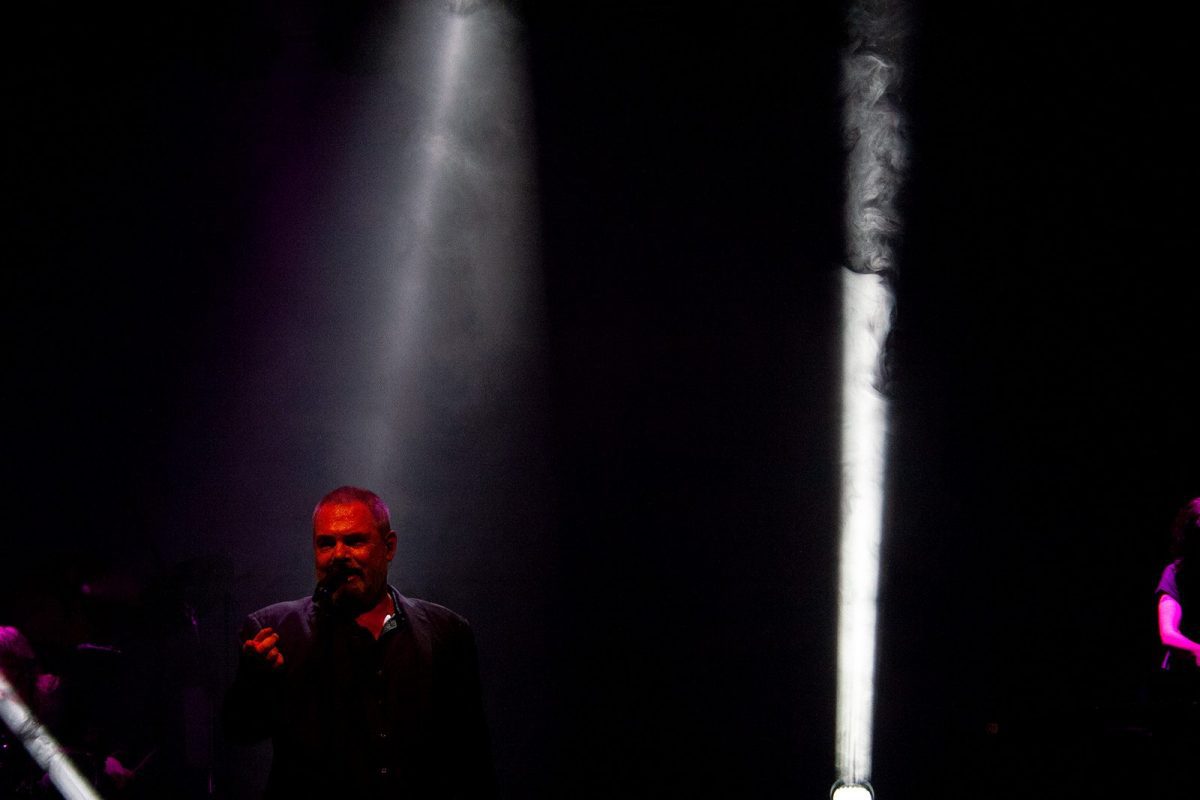 MG: Beirut. Just after the civil war in 1993, we had an invitation from the German embassy, and played in the northern part for local audience and Americans, in the Christian part. When we landed at the airport that was in the southern Muslim part, and we were escorted by heavy armored military car the whole way – three in front and three behind us. Some of the areas we drove through were completely destroyed. I especially remember a toy shop, with a Mickey Mouse figure outside, full of bullet holes. It’s was an absolutely bizarre trip, both heartbreaking playing for people who had been through the hardships of the war, but also one of the most fulfilling gigs we’ve ever done.

S-L: You’ve been touring for decades now – have the songs or the way you perform them changed through the years? 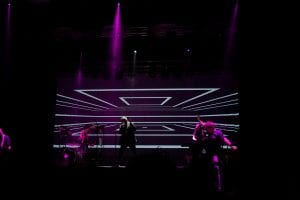 MG: Yes, we’ve been touring for almost 25 years now, and it feels like the songs change every time we play them. At this tour we’d been celebrating the earlier albums by trying to get the songs closer to the originals, but with more guitars etc. it’ll be a bit different anyway.

SL: Any future plans or releases? I read something about being in the studio recording “Thunderbaby”?
MG: That’s the working title of our upcoming album that we’re in the middle of doing, still collecting material for that one. I’m also in a collaboration with the Prague Symphony Orchestra, new versions of songs with a full orchestra.

S-L: Highlight of your career? A place, time, event? 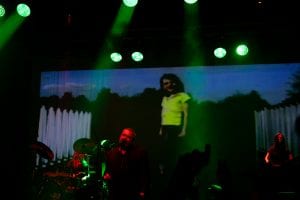 MG: First time we played in South America we were able to visit Machu Piccu. We had a concert in Lima, and went there afterwards. We’ve had many highlights, playing in Trinidad and Tobago was also one of them. We’re basically a travelling band, oscillating between the studio and the stage. That’s our life, being introvert in the studio and extrovert on the stage, and we’re very happy with the differences between these two realities. 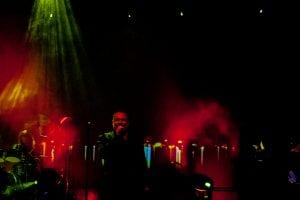 Thanx for an excellent evening, Alphaville, Jorunn, Beate and Finn, Kristin and Arne, Line and Roger, Line and Jan Kåre, Magnhild and Bjørn Agnar, Vibeke and Jan, Jostein and Vicky, Yvonne and Erik!