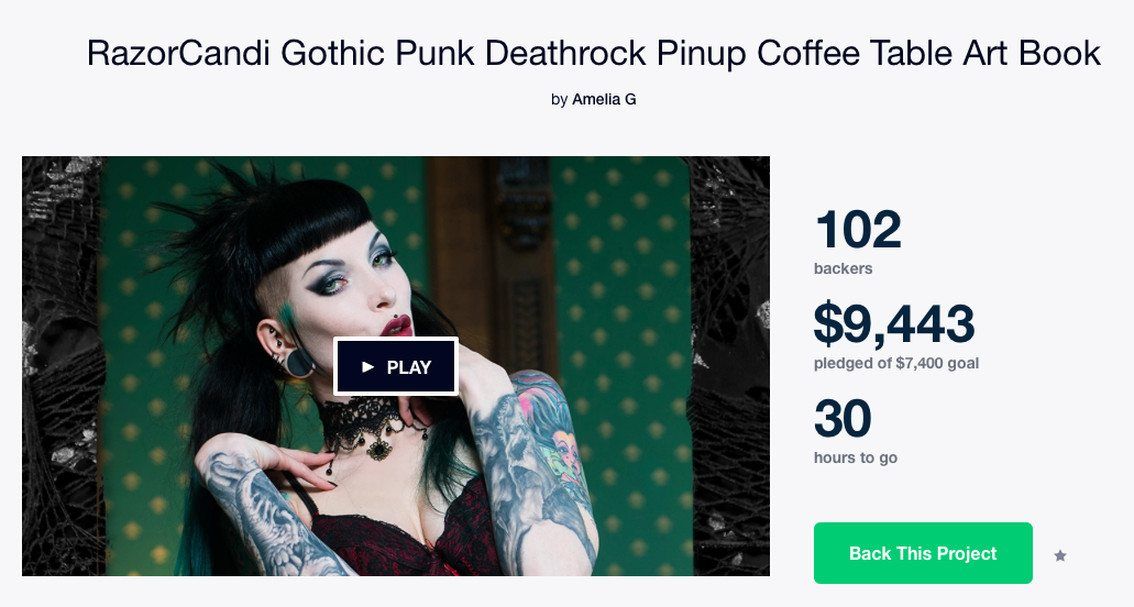 Kickstarter has a project up which should interest many, namely a gothic punk deathrock pinup coffee table art book of stylish pinup nudes and goth tattoo deathrock punk sensual looks. The book, to be published via Blue Blood, is being compiled by alt model RazorCandi best known for her deathrock and goth styles. Many might also know her from her (outstanding!) artwork as a painter for such projects as Ghost, see the example on the bottom of this article.

The Kickstarter itself itself has already largely shot over it’s target, but if you want to get hold of this book at the project’s price, then you should really hurry up and visit the Kickstarter project page!

or from the project’s site itself). It will be the same hard cover, 172 pages, full color, the same high quality as found in that book.

Here’s the video presenting the project:

The book will have a decade’s worth of RazorCandi’s most memorable images, focussing more on her stylish nudes and her goth, deathrock, and punk sensual looks. It will be Blue Blood’s Forrest Black who will be designing the book whose design skills have been tapped by such bands as the Dandy Warhols, Radiohead, and Everclear.

Other things on offer via this Kickstarter campaign, besides just the book, like Kickstarter-exclusive T-Shirts and personalized fan signs. 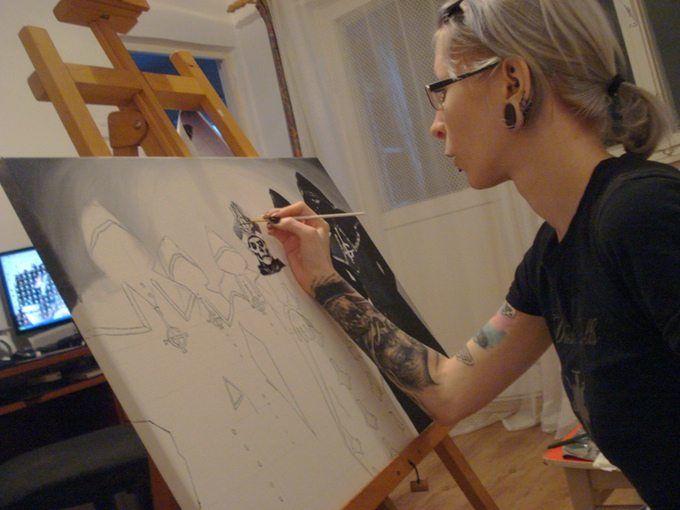 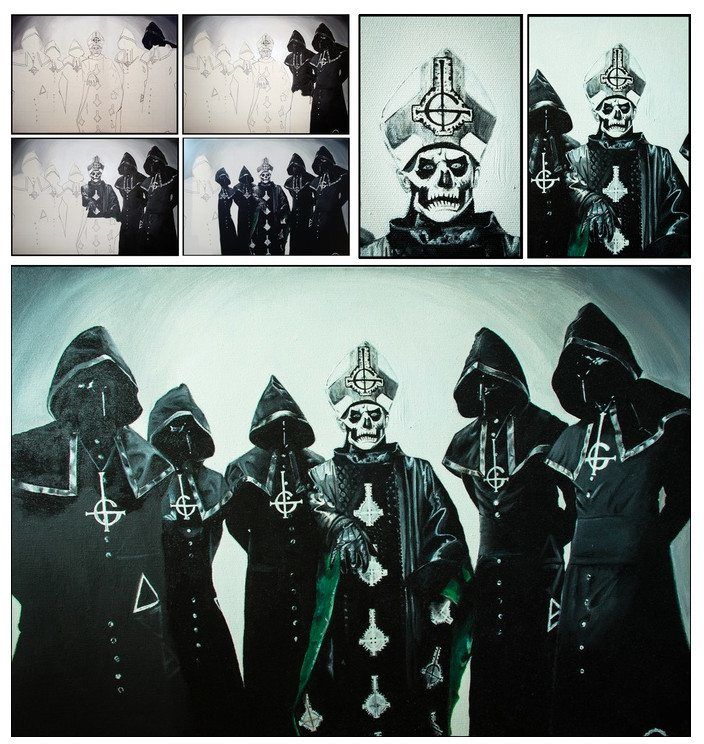