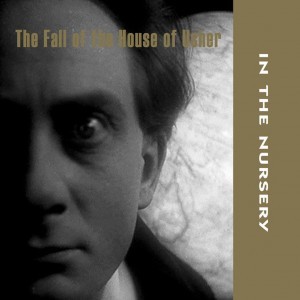 Side-Line darlings In The Nursery have announced the release of their latest silent film score “The Fall Of The House Of Usher” for Jean Epstein and Luis Bunuel’s 1928 interpretation of Edgar Allan Poe’s classic tale of paranoia and suspense.

In The Nursery’s new score is the 8th in their ‘Optical Music Series’, a repertoire of work dating from 1996 and including titles such as “The Cabinet of Dr Caligari”, “Man with a Movie Camera” and “The Passion of Joan of Arc”. In The Nursery’s new score incorporates traditional instrumentation and spacial sound design to encompass the Gothic nature of Epstein and Bunuel’s avante-garde vision.

Check the below video to have an idea what to expect. The CD is available now for ordering!