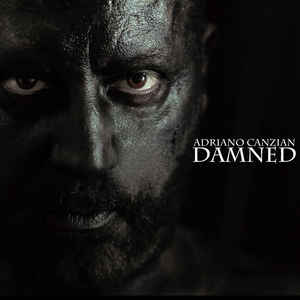 Background/Info: Italian producer, DJ and musician Adriano Canzian got instant recognition when he signed with International Deejay Gigolo Records to release his first 12” “Macho Boy” (2003) and his debut album “Pornography” (2005). Fifteen years after his debut he can look back at a serious discography and now strikes back with his fourth album.

Content: The album features 12 songs, which have been all accomplished with the contribution of guest artists. There’s a fine selection of names such as Millimetric, The Horrorist, Delectro, David Carretta, Al Ferox, Romance Disaster and also Anna Patrini, Christian Lacroix, Furfriend, Yasmin Gate, Federico Leocata and Khan Of Finland.

The songs are a succession of minimal EBM and techno arrangements. The fusion has been successfully completed revealing multiple outstanding cuts. Adriano Canzian also likes to experiment and especially the track featuring Khan Of Finland sounds pretty different from the rest of the tracklist.

+ + + : This is a great album accomplished with the helping hand or vocal contribution of great artists. Adriano Canzian’s music remains the perfect fusion between EBM and techno. In the beginning years it was just electro-clash while today is maybe a little less harder and darker, but still in a similar spirit. If you like alluring EBM bass lines, danceable beats and sometimes explicit lyrics (such as the song featuring Christian Lacroix) you are definitely going to like this opus. The songs sound simple, but it’s much more sophisticated then you think. This is a work with great sound treatments, terrific dry bass lines, cold although sexy sequences, but also haunting atmospheres.

– – – : There’s no real song to throw away, but I maybe expected a bit more from the song featuring The Horrorist; simply because it’s such a great and genius artist.

Conclusion: Adriano Canzian remains a master in this minimal-EBM genre while “Damned” is for sure one of the best releases of the year in this music style. A must have!